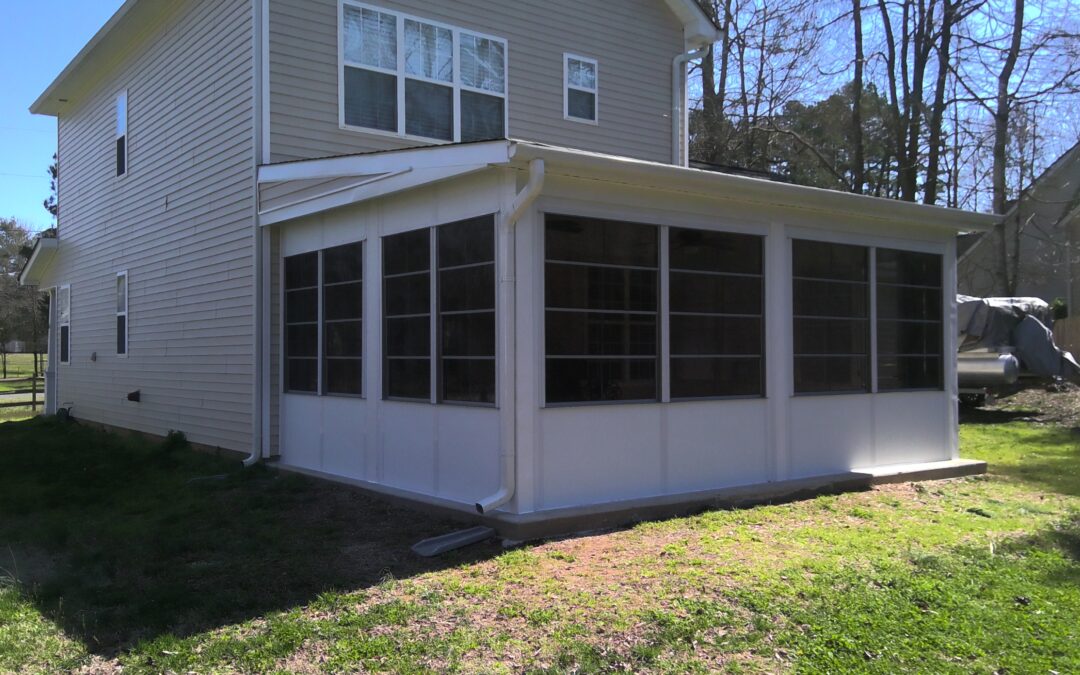 There is no better feeling than visualizing an idea, presenting it to a client, bringing their vision to fruition, and being recognized for delivering a finished product and an effective solution to a problem. That is what happened when our team worked with Brett, who reached out to enclose a newly constructed porch. During the initial conversation, Brett mentioned to us that he had a large dog who enjoyed going outside. When he would let his dog out into the backyard, due to the back porch not being fully enclosed, he would risk getting wet when it rained, making it challenging to keep an eye on what his dog was doing. This informed our team of the problem that we had to fix. During the consultation with Brett, it was discovered that a previous company built his porch; however, construction reached a halt due to an unsatisfactory result. In addition to the quote our team provided, other companies provided their ideas to Brett, which did not best fit the vision he had in mind for his porch. We planned to compare two products to Brett and choose the right choice for what his end goal was. We compared the difference between EzeBreeze and Sunspace and showed how they would be applied in a wall system to enclose the porch properly. After presenting a demonstration of our Sunspace product, it became unanimous that the Sunspace product was the best option to get the job done.

During the in-person consultation, our team noticed there was an odd overhang that exposed the 6×6 pressure treated posts the previous contractor put in 2 years earlier; in turn, this increased the required maintenance for the posts. Brett informed us of a concern he had regarding a horizontal overhang towards the edge of the roof. To prevent future issues from occurring, we wrapped the posts with aluminum coils in white color to protect them against any challenges presented by air or water.

After the consultation, a solidified game-plan was set in place: a 5-wall system with 1 door on the side, Sunspace WeatherMaster 200 4 track windows on the top that were above a 30-inch knee wall to match the house window’s position, with white aluminum wrapped posts and Model 200 vinyl windows. Once everything was properly installed, there was a noticeable gap coming from the roofline, which showed that water had been leaking. Without any additional charge, our team fixed the gap as a courtesy.

The result was more than what Brett had imagined for what his ideal enclosed porch would look like. More so, he returned soon after to receive a quote for his mother’s porch. As a bonus, submitted a 5-star review on Google and other platforms to describe his experience. Now, Brett can enjoy watching his dog, rain-free.

Before and After Pictures 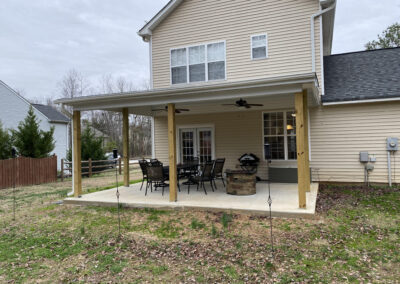 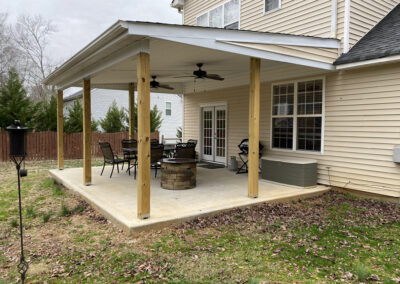 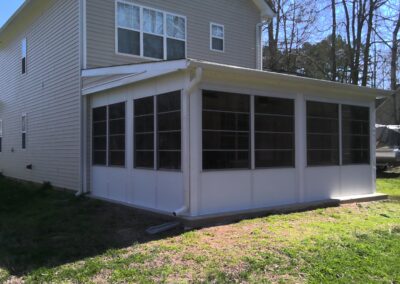 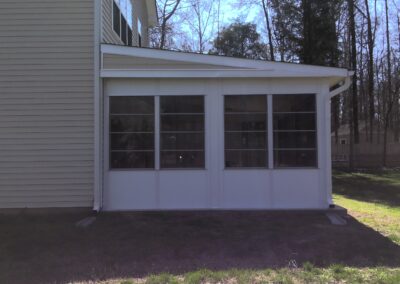 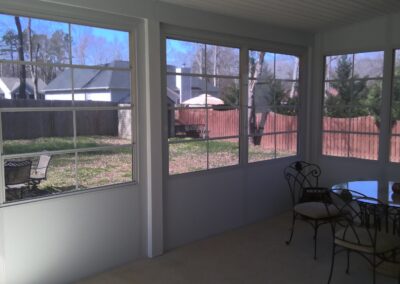 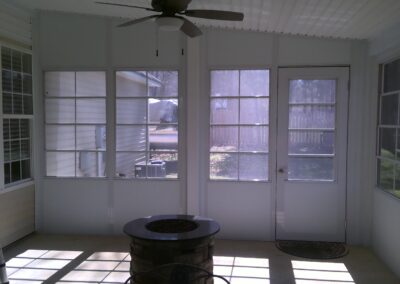