Making the project look like it comes with the home 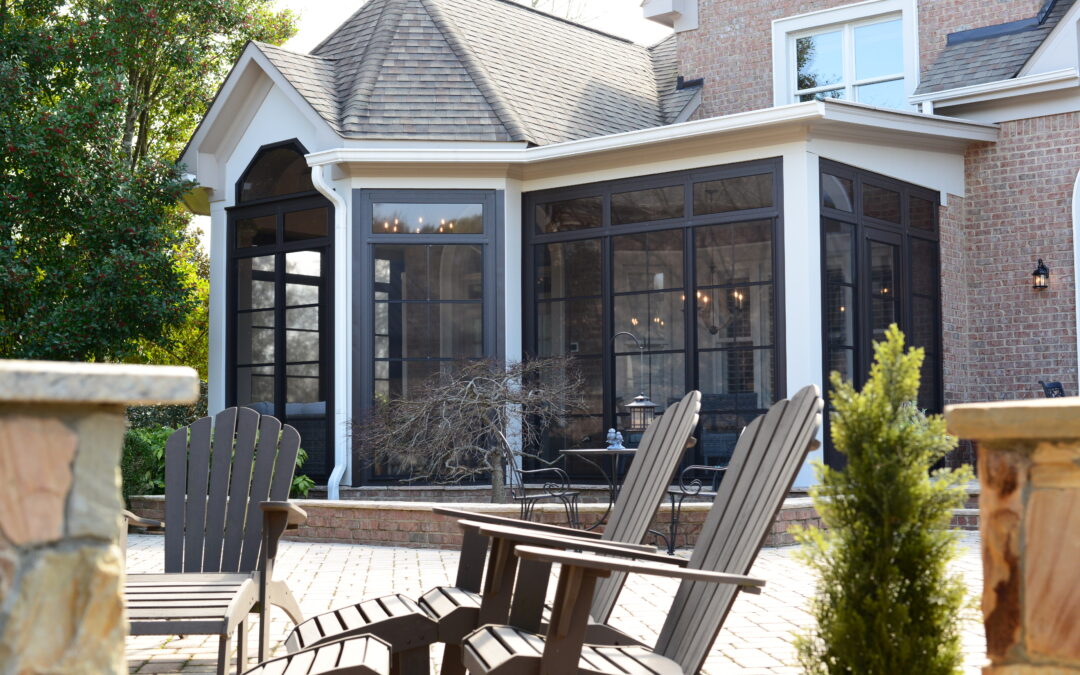 Scott had some work done on his beach house using Sunspace products. Having great experience with the product he wanted to do the same for his home in Charlotte. He reached out to us through submitting a form from our page in his interest in enclosing his existing screened in porch. His existing screen porch had an aluminum 2” wall type system. He had done some research on our page and already knew he was interested in doing the vinyl filmed 4 track windows. His wife really wanted to change the space into something they could use because currently with the pollen being so bad, they couldn’t use the room. They were tired of cleaning it multiple times in order to use it.

Jerry went out to the home to discuss options with them on what would work best for their space. They had the idea of using the existing openings and just taking the screens out to replace them with the windows. The issues that Jerry had with this option was the colors wouldn’t match and there would be gaps between the windows and frame so it wouldn’t be a complete look. He recommended doing a Model 200 wall system. This would give them a cleaner finish on their project. Now with the neighborhood they live in they wanted it to look like it initially came with the home. This would also help them for in the future when they were going to be sell their home. This would add value to their home. Once the walls were figured out there was the matter of the half-moon type designed opening, they had in their existing porch. Jerry was able to come up with a custom fixed lite to be able to solve that.

Once installed it turned out beautifully. The completed look was exactly what they were looking for. The wall system gave them a clean look. Which made it seamless the home. They even added the details like the light fixture just to complete the look even further. 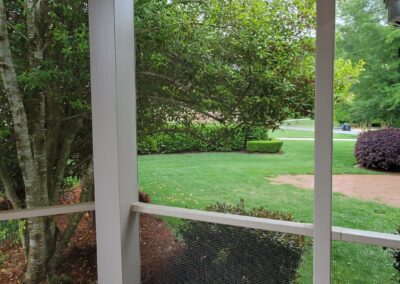 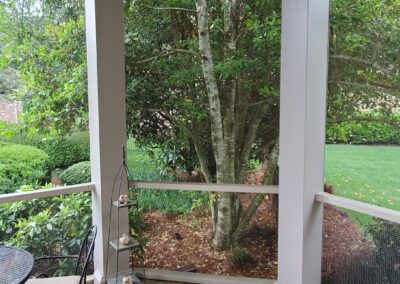 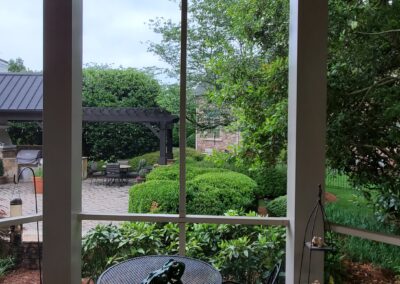 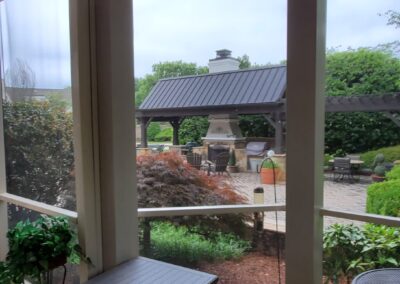 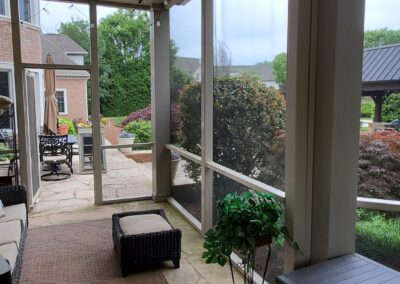 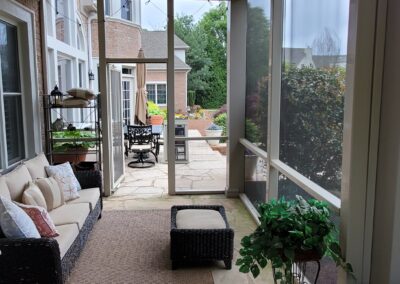 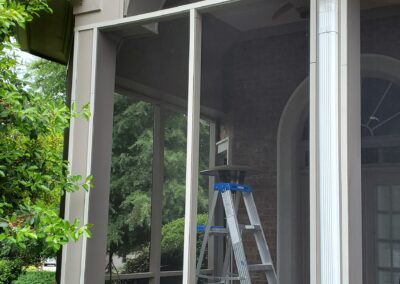 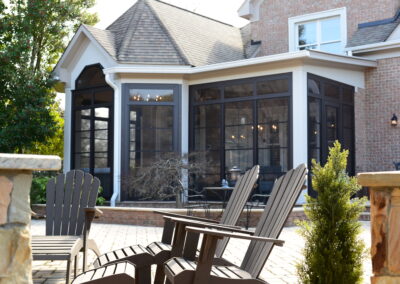 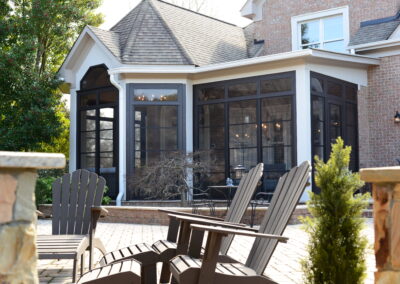 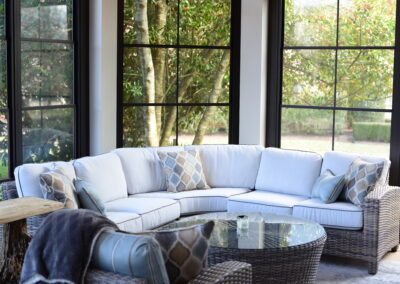 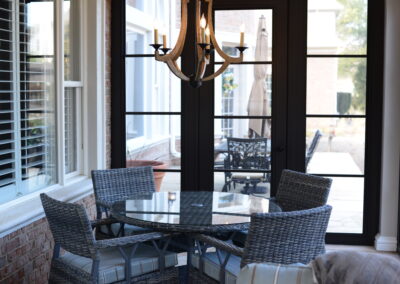 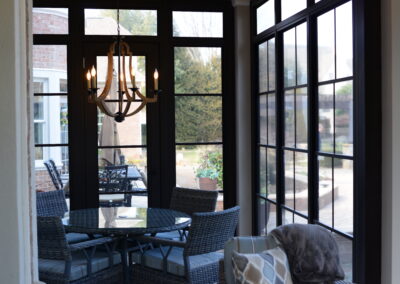 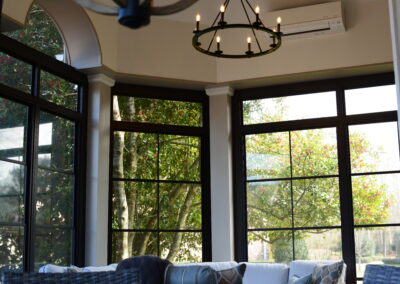 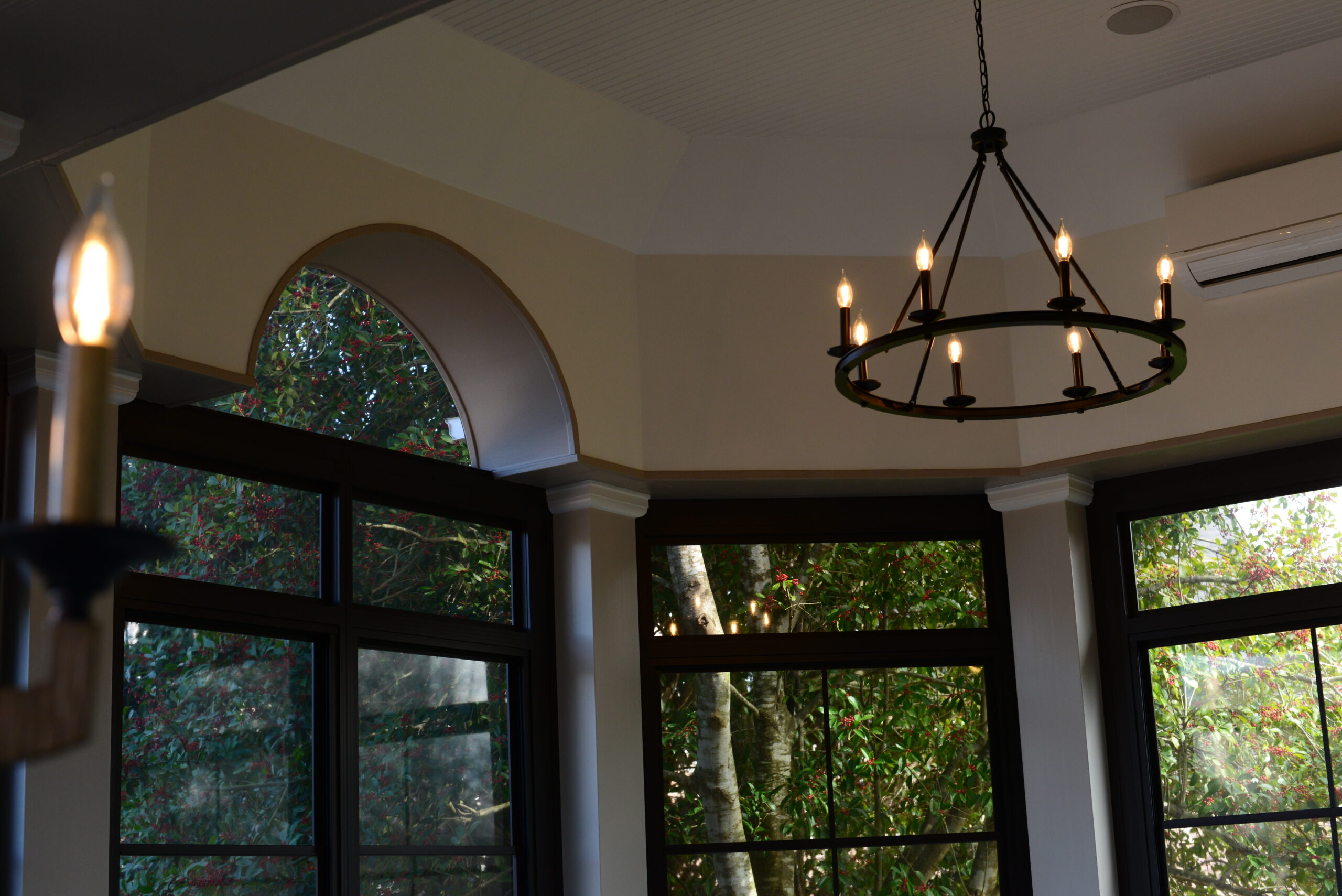