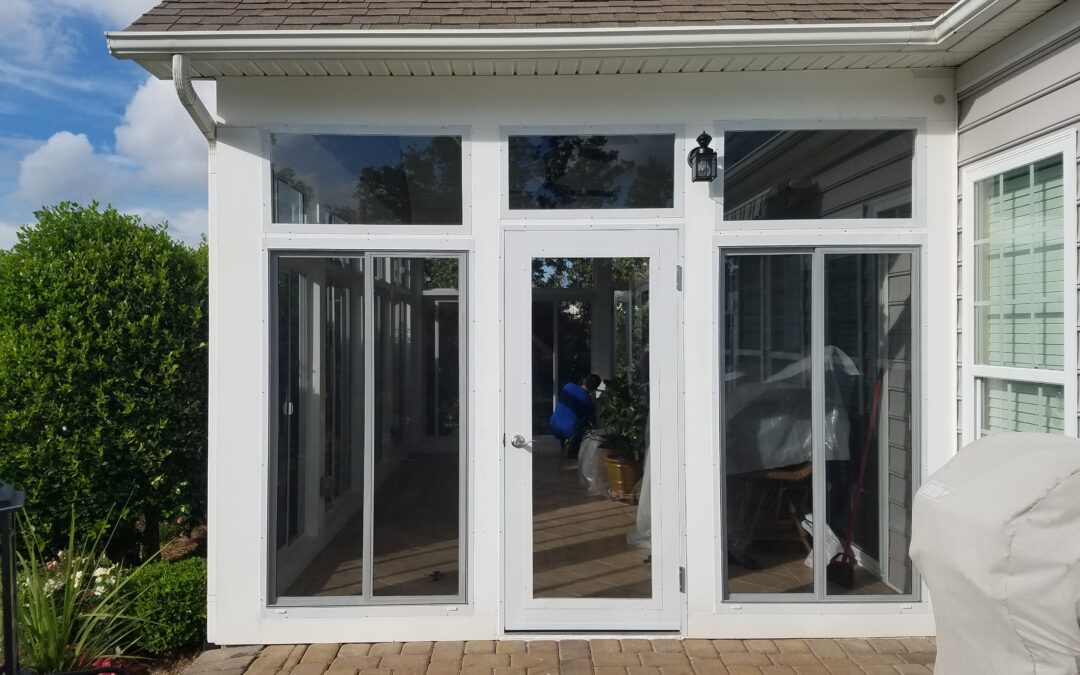 You never know where and when you are going to meet your next client. For Bill, it was through Nextdoor, an app where you can connect with people and businesses in your community. Bill reached out to our team about having his porch more secure, since he was tired of his EZE-Breeze vents falling out every time a wind gust flew across the hill where his house was on. After getting tired of constantly replacing pins and knobs, he reached out for help.

To provide a more permanent glass solution, our team offered single pane glass sliders with single glass pane fixed slides to go above each window. Since his porch already had tall EZE-Breeze windows, the team presented Bill with a 4-Track System, which included vinyl film windows. However, Bill wanted to move away from vinyl windows and wanted a product that came with zero maintenance. So, the team presented the Model 300 Single Pane sliding glass doors. After receiving a positive response from Bill and his wife about the sliding doors, they knew that a maintenance-free enclosure was soon to become a reality.

After originally not wanting doors, our team gave single pane sliders for the main windows and temporary glass transoms for the additional windows. During the installation, we noticed that Bill and his wife originally had 96-inch EZE-Breeze windows in their enclosure; however, since our glass sliders were 72-inches tall, our new sizes offered room to add sunspace aluminum glass sliders in white color, which opened up the space completely. Once everything was installed, their enclosure transformed into a relaxing oasis that would not require any maintenance or be bothered by any future wind gusts. After conducting a follow-up with Bill after the project was finished, he expressed his gratitude for how pleased he was with the end result. Because of his positive experience, he referred two new customers to us, along with an additional job through Nextdoor. 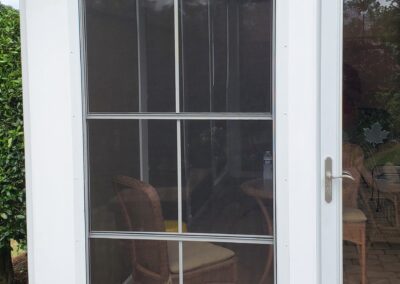 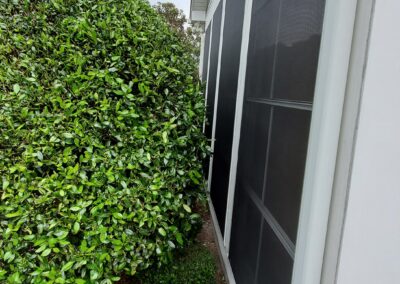 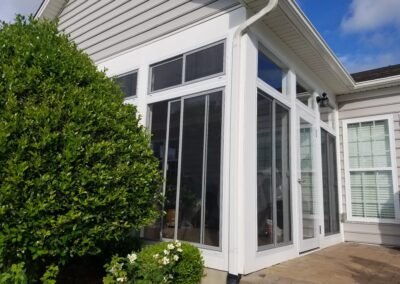