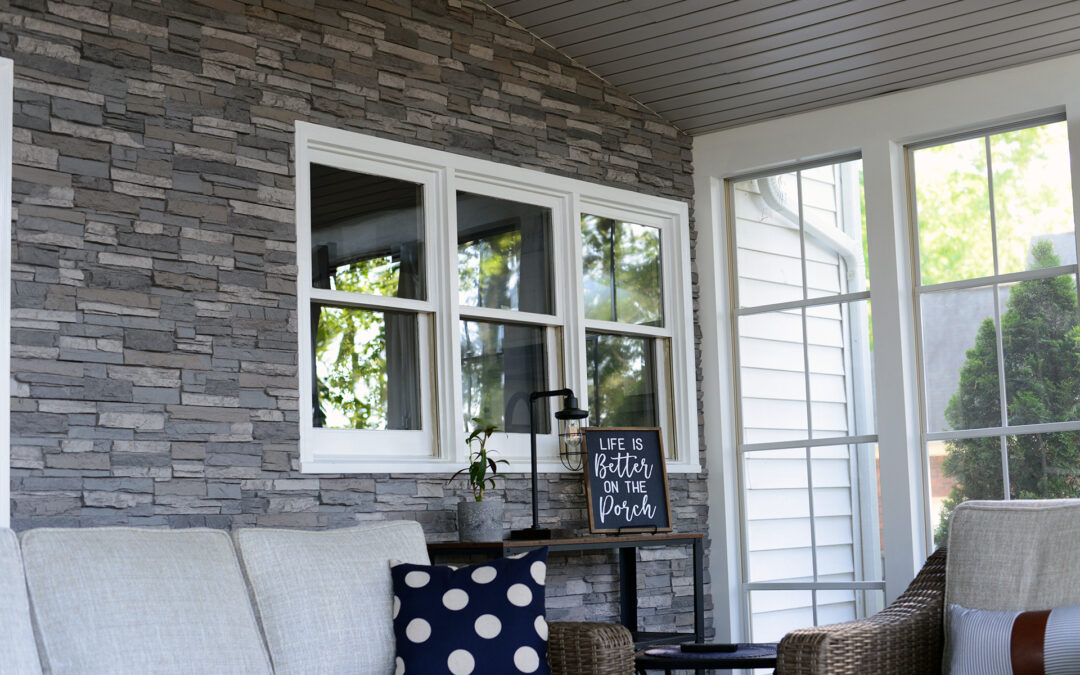 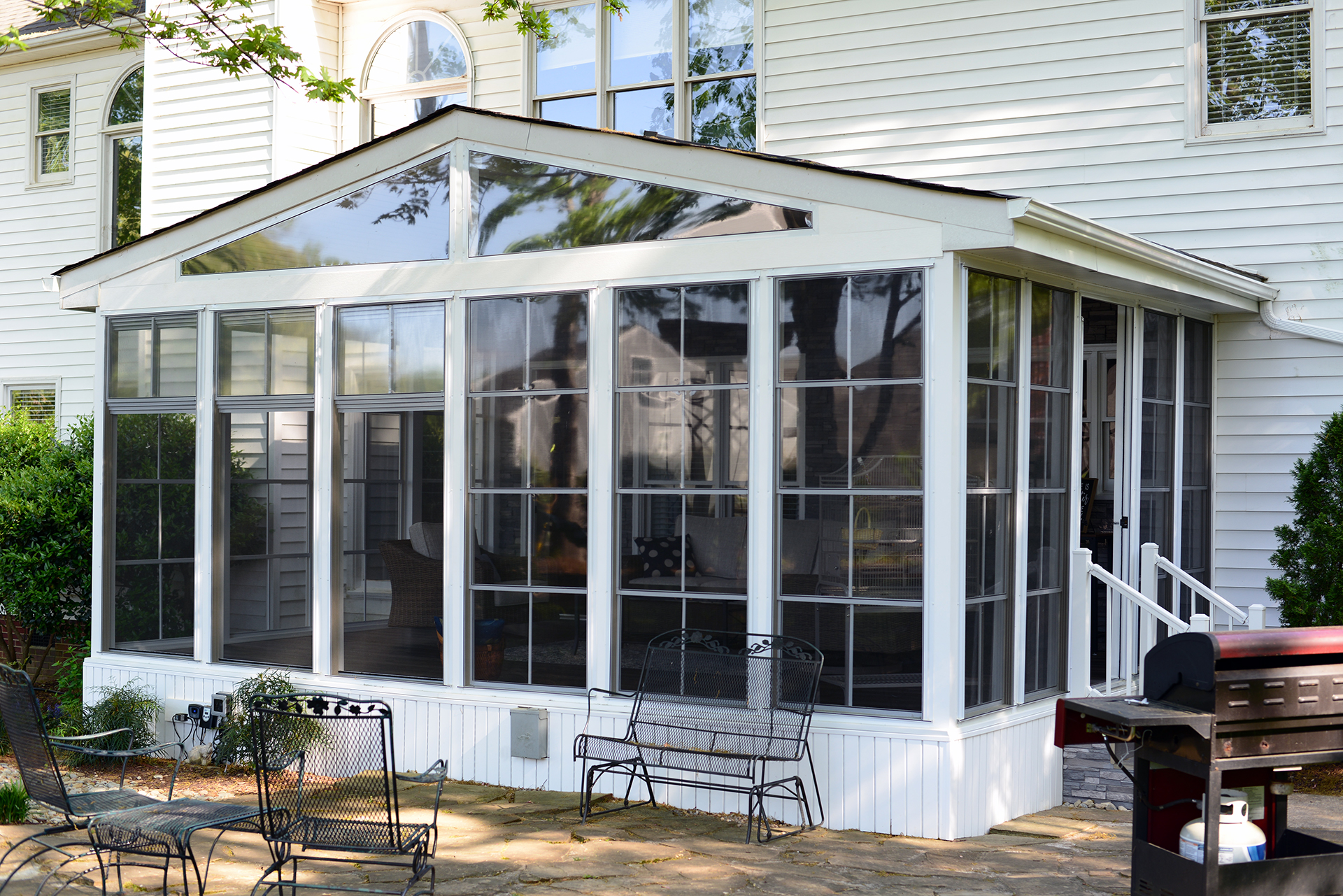 When Glenn and his wife first moved into their home, the previously installed porch looked as though it had been there for about 15-20 years. The screens were beginning to tear from the plastic laminate and the posts were stained. The old floor was typical decking wood that had nails pop up. The ceiling was progressively sagging and the two old ceiling fans placed on top appeared as though they were from the early 90’s. Above all else, one of the biggest issues was that there were no gutters, which would cause rain to pour off the roof. This allowed the rain to pour through the screens and create mud around the sunroom. Whenever it would rain, there would be about 2-3ft of water on the boards which made it difficult to keep anything in the room that wasn’t waterproof. In hopes to rebuild a porch enclosure Glenn and his wife could enjoy, he contacted Valverax!

With the vinyl four-track porch windows we installed, Glenn was able to enjoy his three-season room to the fullest. During this season (Spring), pollen is an issue, but the vinyl-film stacking porch windows prevents pollen from coming through the windows. Now Glenn can still enjoy the outdoors without the side effects of pollen. Glenn knew he wanted these types of windows and was assured our products were the best for stability.  Glenn was thinking about installing a tile floor over the deck.We let him know of the risks of having tile cracks overtime when installed on a deck as these platforms tend to move more over time as things settle. He was appreciative of us informing him and happily chose a different floor he really liked. Glenn was also interested in making the porch more aesthetic than just windows by adding a custom faux rock wall. When it comes to your porch enclosure, we are open to working with your ideas or we can provide some of our own.

As a team we will work our hardest to make our product suit you to your heart’s desires. Glenn expresses his experience working with our company being “much easier than I have in the past.” With communication from our sales reps, Glenn completely changed his mind from a backyard porch with screens to having a three-season room he very much enjoys. Within only a week of it being finished, Glenn and his wife have already spent the majority of their time in it enjoying the sounds from outdoors and their scenic view. Glenn claims he and his wife “couldn’t be happier.”

One of our Home Improvement Consultants, Zach, gives us a final walkthrough of a brand new three-season room. He begins the tour with the products inside: