French doors are not your only option. 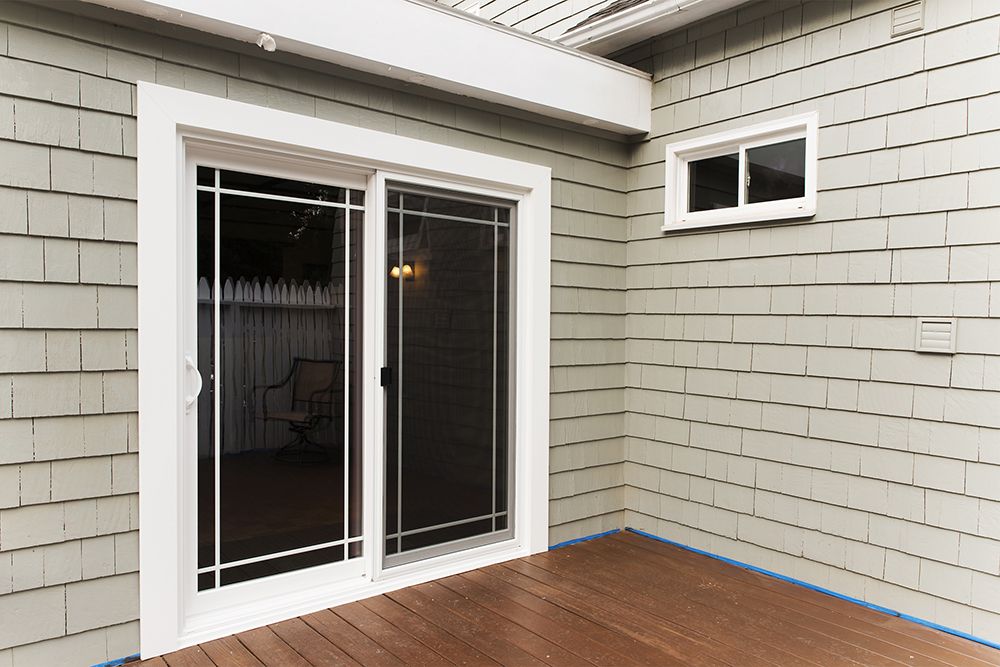 Across all aspects of a project, communication is key. For Niki’s project, remaining constant communication throughout all stages is important. While she was in the beginning stages of finding a contractor to work with, she was having trouble either getting on the phone with a professional or effectively communicating project details. For our team, we ensured that every detail and task item was clearly communicated with Niki before working on her porch. From our conversation she had a porch enclosure with double swing doors that was connected from her master bedroom. Since the double doors were older, they were collecting condensation and the glass panes began to seep out from its framing. With that key issue in mind, it was suggested to replace the doors.

One of the contractors Niki was getting a quote from suggested a larger sliding door, which is a combination of 2 doors put together, as well as new framing due to the condensation that was collected. Due to interior repairs that had to be made, however, Niki decided on doing only the sliding doors in the original framing instead of making the headers taller. With that in mind, our team selected standard sized doors that were an inch narrower than Niki’s original door size but were able to fill in the gap with an architect bronze finish and beige color to match the inside décor. Niki chose the Alside Promedande 6400 door model, that provided a traditional, yet clean look to the room. Although the framing remained its original form, the overall looked collected more natural light, producing endless views from her bedroom to the backyard.

In the end, effective communication allowed Niki to get exactly what she wanted without having trouble getting in contact with a professional team. As a result, Niki was so happy that, even after not having the best experience in the beginning with other contractors, our team was able to establish a positive, long-term relationship in the end.

While at the appointment in getting final measurements of the door, Niki asked about whether we could touch up her porch aluminum door where it had an exposed cut. Since we are in the porch enclosure business and had some touch-up paint, we were able to do so without any additional charge. We’re always willing to go the extra mile to make our customer’s lives better.