Already have a space built just need some amazing windows??

We believe that networking helps bring the community closer, connect other professionals to customers, and foster new relationships. That is what happened during this project with David. As a general contractor, David works on custom projects with his customers. During this specific project, he reached out in need of Sunspace windows since his customer saw the product on our website and expressed interest in purchasing the windows and instructed him to reach out. So, we scheduled an in-person meeting with David at his customer’s porch to design a plan of action.

When we arrived, the team saw an already framed structure and collected measurements to present options about which windows would be best suited for this project. Since the framing was already done, and to avoid rework, the team decided to go with David’s original design of 1 window per opening. Due to this, the team suggested to David for future projects to input a wall system to save time and resources, as well as reduce having to use multiple window units for the porch walls.

The team installed 2 different doors, along with-what seemed like-an endless amount of WeatherMaster 200 ViewFlex vinyl windows. The wood was aluminum wrapped in black, which gave it a modern farmhouse curb appeal. David wrapped and pressure-treated the posts with aluminum color to match the windows. The vinyl was also tinted to match the window colors. Due to the large space, 2 doors with floor to ceiling windows were installed.

The finished product was a 180-degree transformation into a show-stopping entertainment space. Not only was the customer happy with the final reveal, but David utilizes our Sunspace products with other customers he works with. After learning more about different wall systems from this project, he now uses it on other projects to significantly save time. Although this was the team’s first project with David, it’s only the beginning of a long-term partnership.

Before and After Pictures 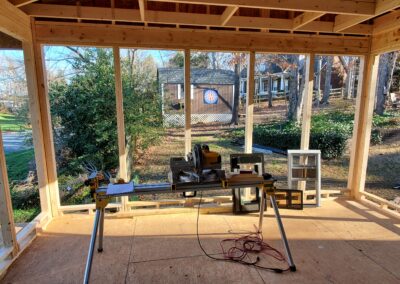 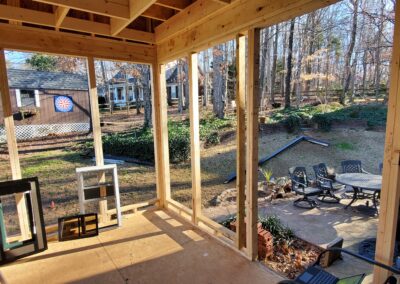 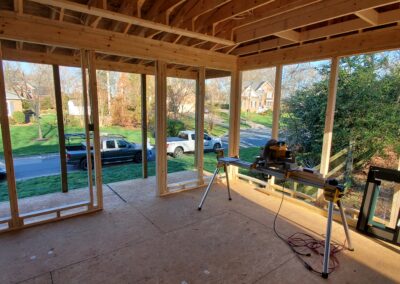 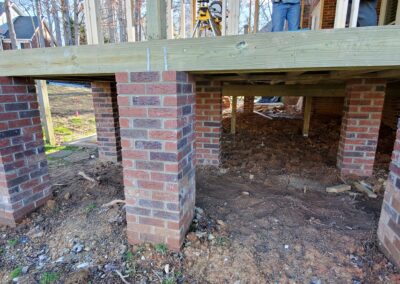 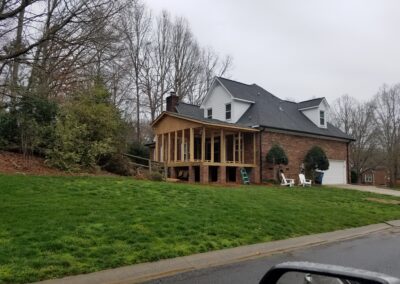 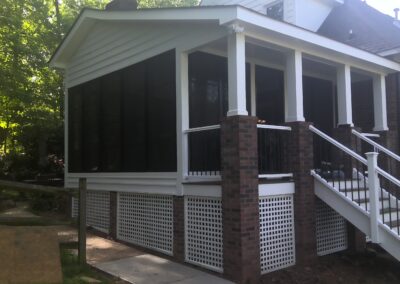 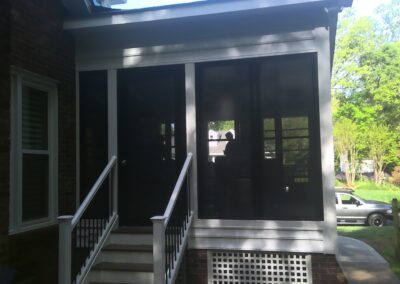 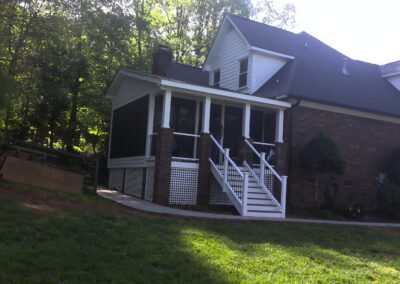 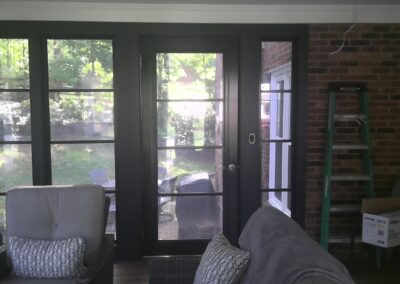