Disabilities stopping you from enjoying your outdoor space? 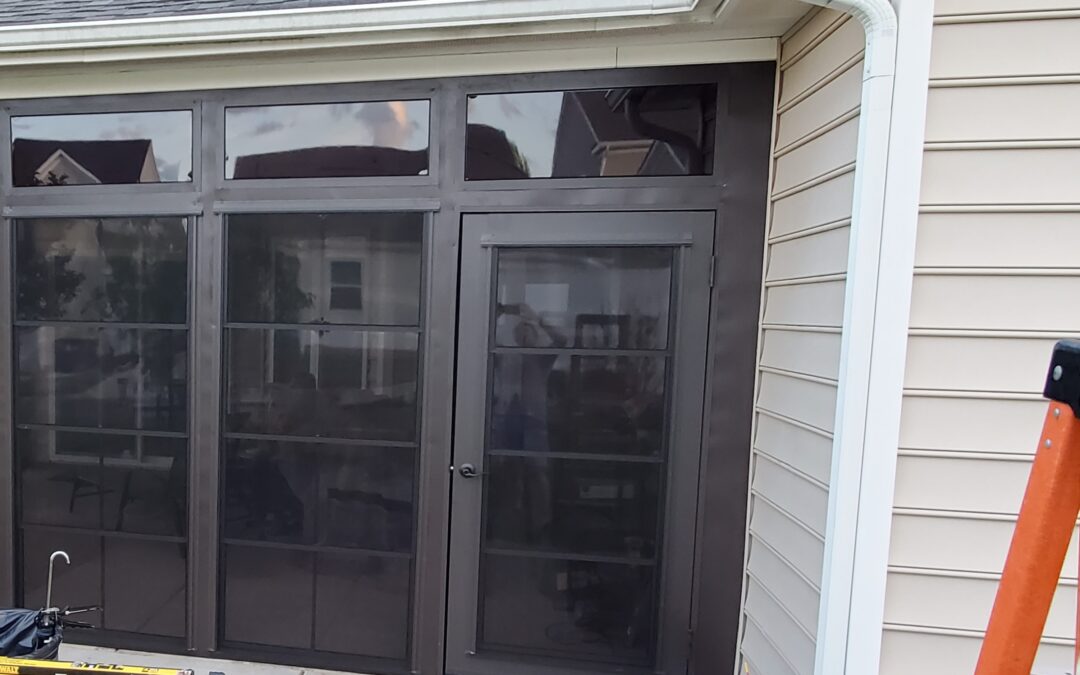 You never know where and when you are going to meet your next customer. For Gale, it was during one of the home shows. She came up to our booth and decided to schedule an appointment to discuss her project. During the appointment, she informed us that because she was in a wheelchair and needed a larger door to make it more accessible for her. Since Gale and her husband enjoyed spending time on the porch and in the garden, no matter the weather, their main goal was to make it a space they could enjoy every day, with added privacy. After presenting an agreeable quote, the project was approved and it was time to get started.

We decided on a 42” wider door to increase the level of accessibility for Gale. Our team found the widest door we could find to fulfill Gale’s wishes, and we delivered. We went with our Sunspace WeatherMaster 200 ViewFlex windows which provides a more stable structure for the overall design. To make the framing and screening match the new door properly, we chose an aluminum bronze and a brown vinyl film to match what her design pallet already had. A mixture of bronze and dark gray was applied in the transom area of her porch. The ceiling-to-floor windows were factory-painted a bronze color. All of the posts were pressure-treated around, as well as around the window trims to ensure that they would remain intact, no matter what weather would bring.

During the project, we noticed the porch was sloping at the top where she had a transom to keep pollen from collecting. One of her main concerns was to reduce the amount of pollen from collecting on the roof. The posts and frames were wrapped with bronze and brown aluminum to match the new 42” door, which resulted in a modern, timeless, and clean look. When the project was completed, Gale expressed raving remarks. This affirmed the team that we delivered a job well done. Better yet, during the construction, Gale’s neighbor witnessed what was happening and contacted us shortly after to apply our Model 100 screen system to his porch. After conducting a few follow-up calls with Gale after the project was finished, she told our team how happy she was about the result and was satisfied with everything. Another hard day’s work, another satisfied customer, resulting in an easier future for Gale and her husband.