Have a pre existing structure we can possibly work with? 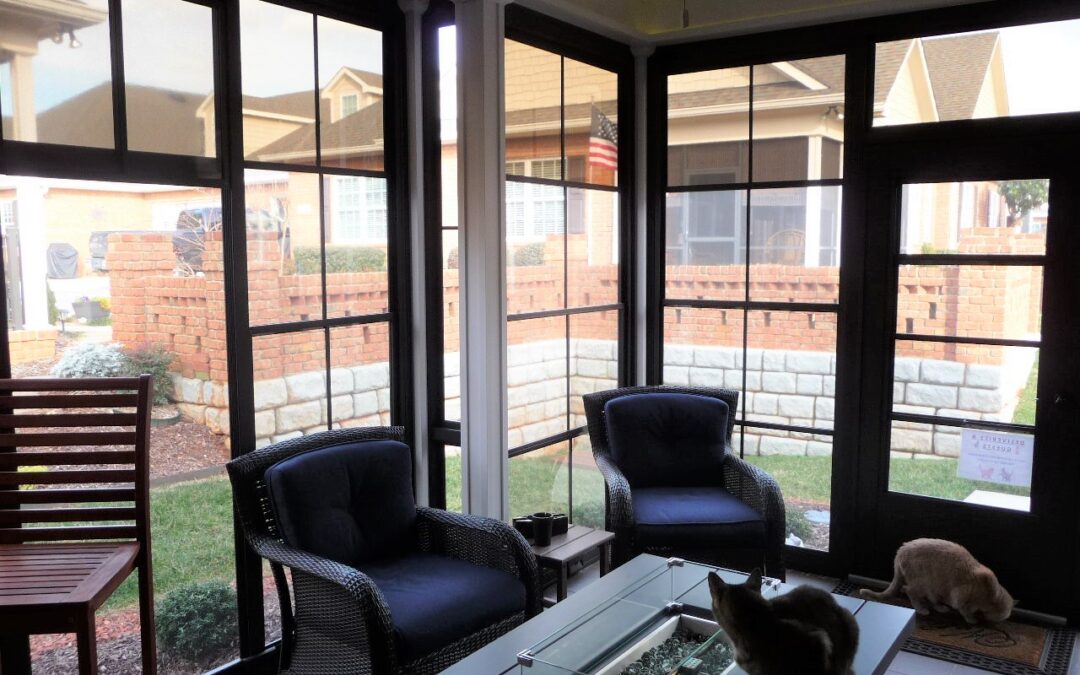 Even when you move into a new construction or a home that went through a recent renovation, there will always be opportunities for improvement. For John, his main concern was to enclose his newly built porch to prevent pollen from sneaking through the openings in the screen. With that in mind, one of our representatives devised a plan that provided an innovative solution to a common problem.

Since his screen system had black aluminum framing and screens, our team offered a wall system that would remove the screens entirely. Unfortunately, John did not want to remove the original framing, so our team came up with a plan to utilize the original frame and incorporate Sunspace ViewFlex vinyl-film 4-track floor-to-ceiling windows, as well as a fixed light above each door. We installed the Model 200 WeatherMaster with vinyl film as it was deemed a good fit with John’s current structure. Our team measured out each opening in its current frame and ensured that the Model 200 WeatherMaster would fit precisely in each one throughout the space. Fillers with the same color coil as the windows were applied to fill in any gaps, as well as vinyl 4-track vinyl film windows to give the space a fresh modern look to the traditional exterior.

While our team was working hard on completing John’s project, some of his neighbors caught a glimpse of what was happening on his property and inquired about having projects for their homes done. Soon after completing John’s enclosure, our team provided estimates for a few inquiries and started 2 additional projects. 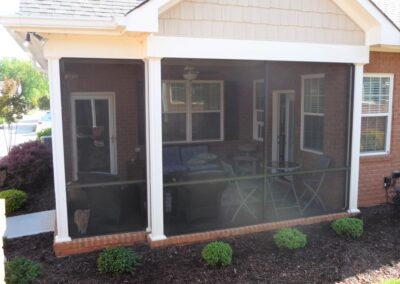 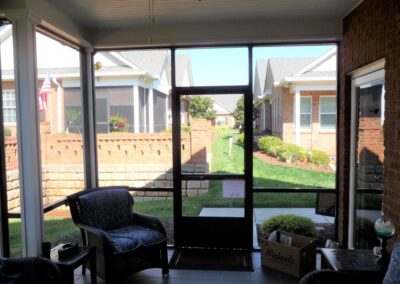 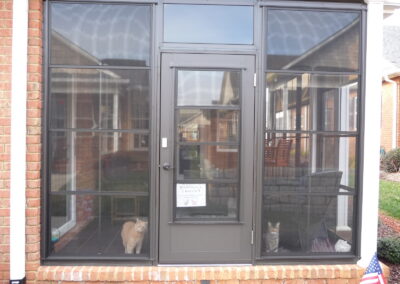 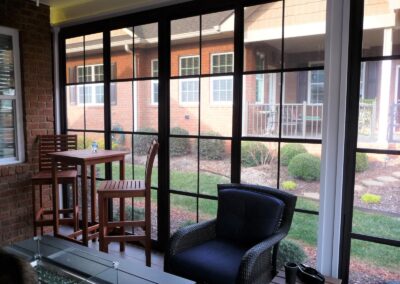 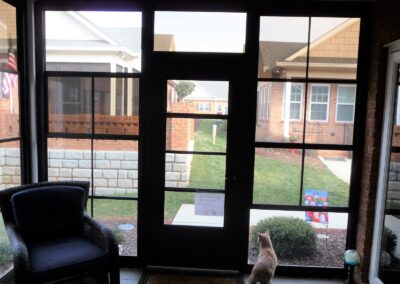